You can use key words or full statement to search by. Alternatively you can simply browse by Category below

Security software & Antivirus Exclusions & For all "P2" Pax-i, Smart3D;  any unit equipped with NCSW - Capture Software Freezing or Slow after hitting Ready is normally caused by Antivirus or other security software blocking/delaying the normal operation of the software.

Under compliance Vatech Support is not able to set these exclusions for you or your IT; you will need to involve your IT to manage Security exclusions.

First you will want your IT to locate the Security software in use and open the configuration menu , you should* have a section for exclusions; however some Server managed software might need to be added at the server level rather than the client.

The following locations should be added - please note that not all locations will exist for every unit; simply add any of the following you are able to locate. In some instances excluding the folder will not work alone; and will need to exclude every .exe contained with in the folder such as with MSE - you have to exclude each of the contained .exe's one by one in order to solve the issue. Each software might be different so your IT will need to test with you fully to confirm they have all exclusions in place.

In this example we will use MSE "Microsoft Security Essentials, you will want to have your IT professional add the following exclusions as listed below, which required the excluding of each contained .exe as shown below. 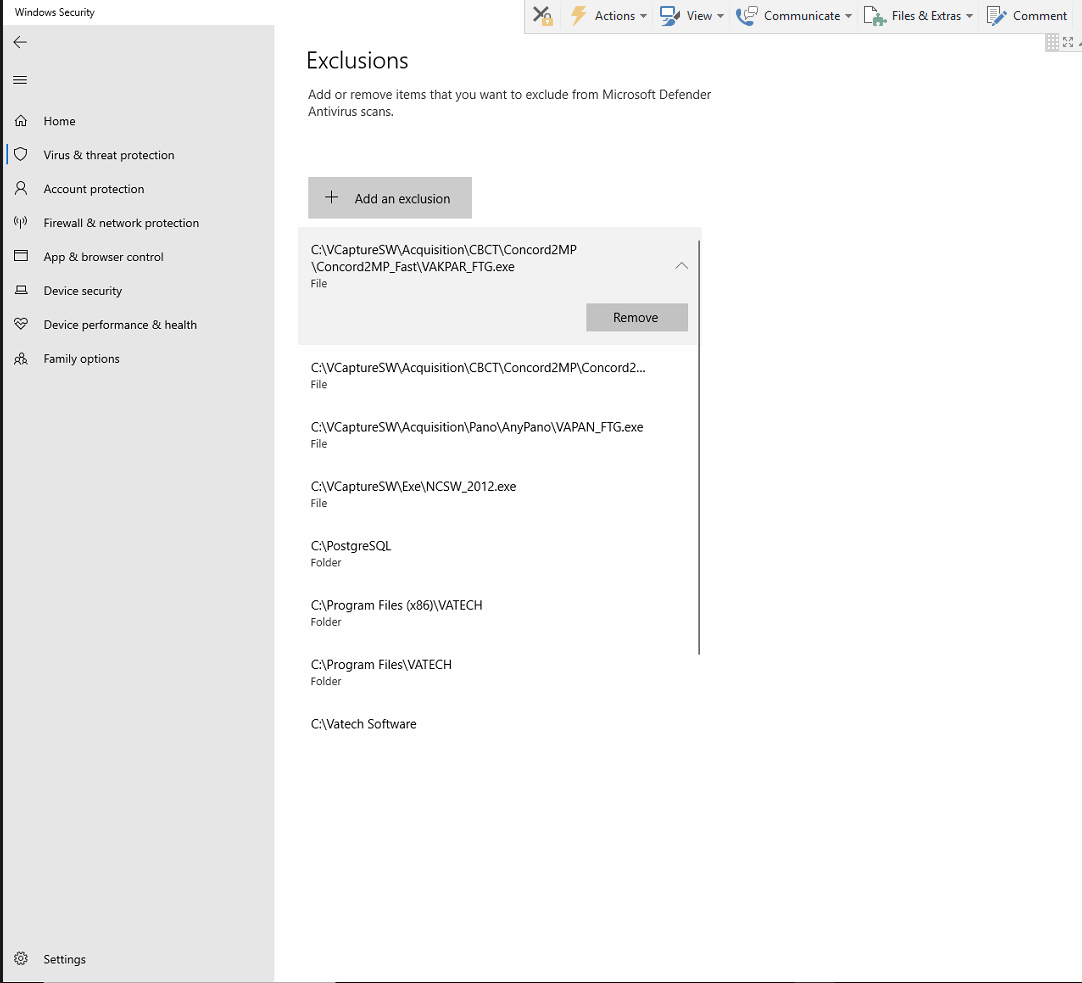 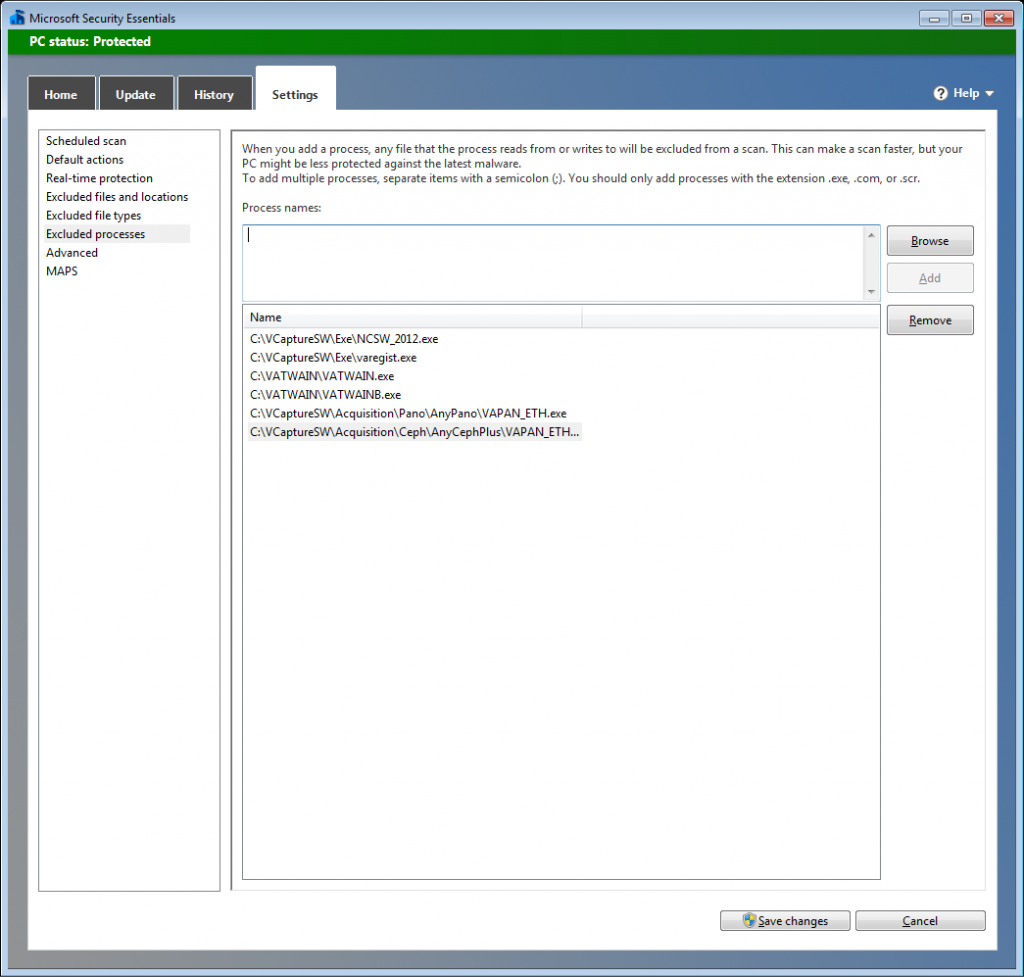 In some cases certain anti-virus software still might not properly allow the program to operate correctly. Such programs as "ESTNOD3D" Server managed version and "Managed Antivirus" both have been shown not to work even with exclusions in place.

In those cases it would be required to uninstall from the Capture PC and install an alternative software that will respect the desired exclusions.